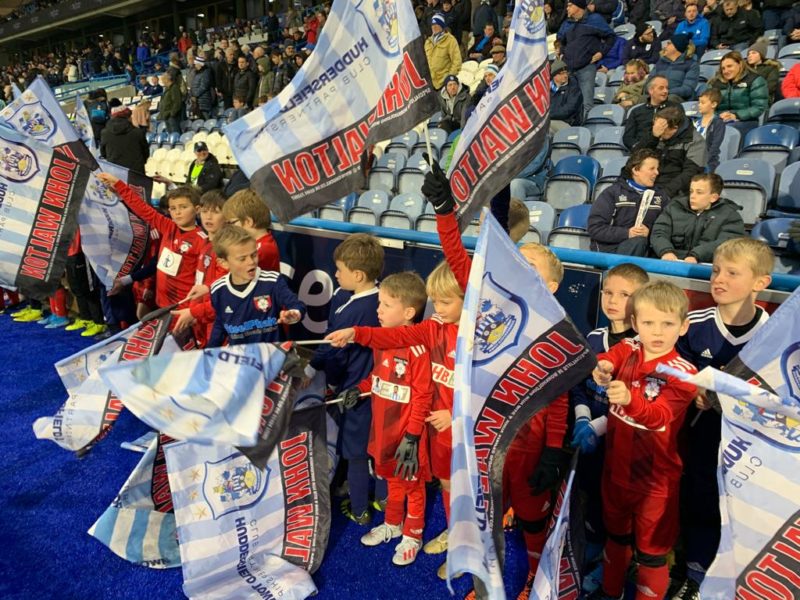 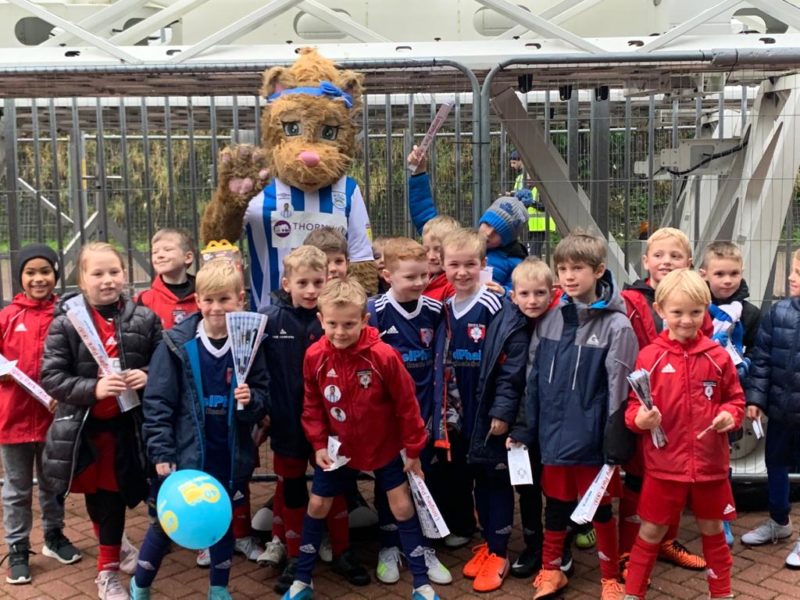 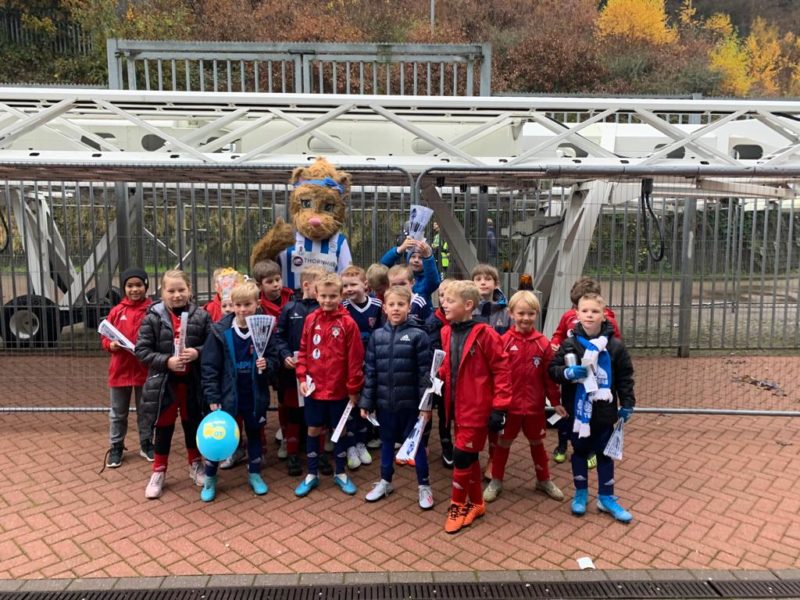 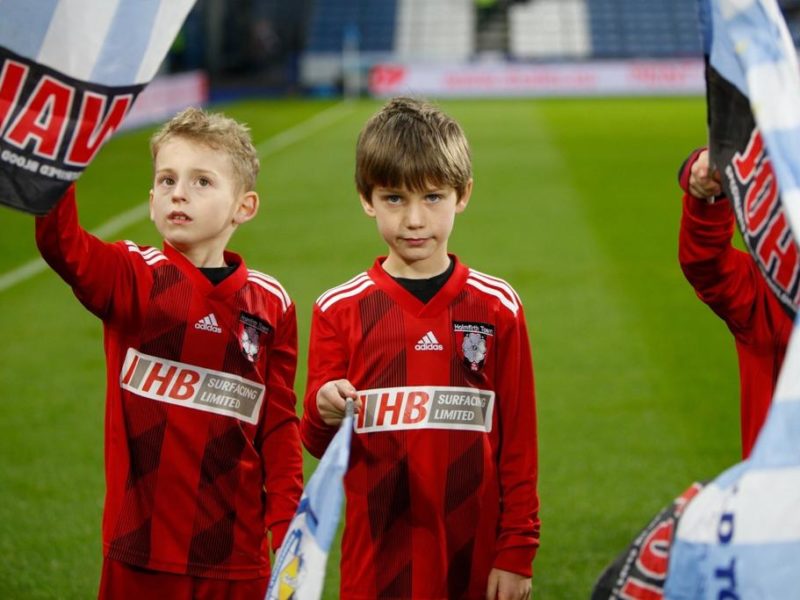 The Guard of Honour for the players during the Championship match between Huddersfield Town and Birmingham City was today provided by our own Under 8’s and Under 9’s teams.

The boys were then whisked pitch-side at The John Smith’s Stadium to welcome the two teams on to the pitch for their Championship encounter.

The score was 0-0 at half-time and the teams were pitted against Tilly the Terrier in goal for a penalty shoot-out. They each took a penalty whilst Town and Birmingham legend Frank Worthington, celebrating his 71st Birthday, did the half-time draw.

A superb goal by Fraizer Campbell saw Town take the lead on 55 minutes but unfortunately the game ended in a draw when Birmingham equalised in the 78th minute. A disappointing result but it didn’t dampen the spirits of our own young Terriers who had a fantastic day.