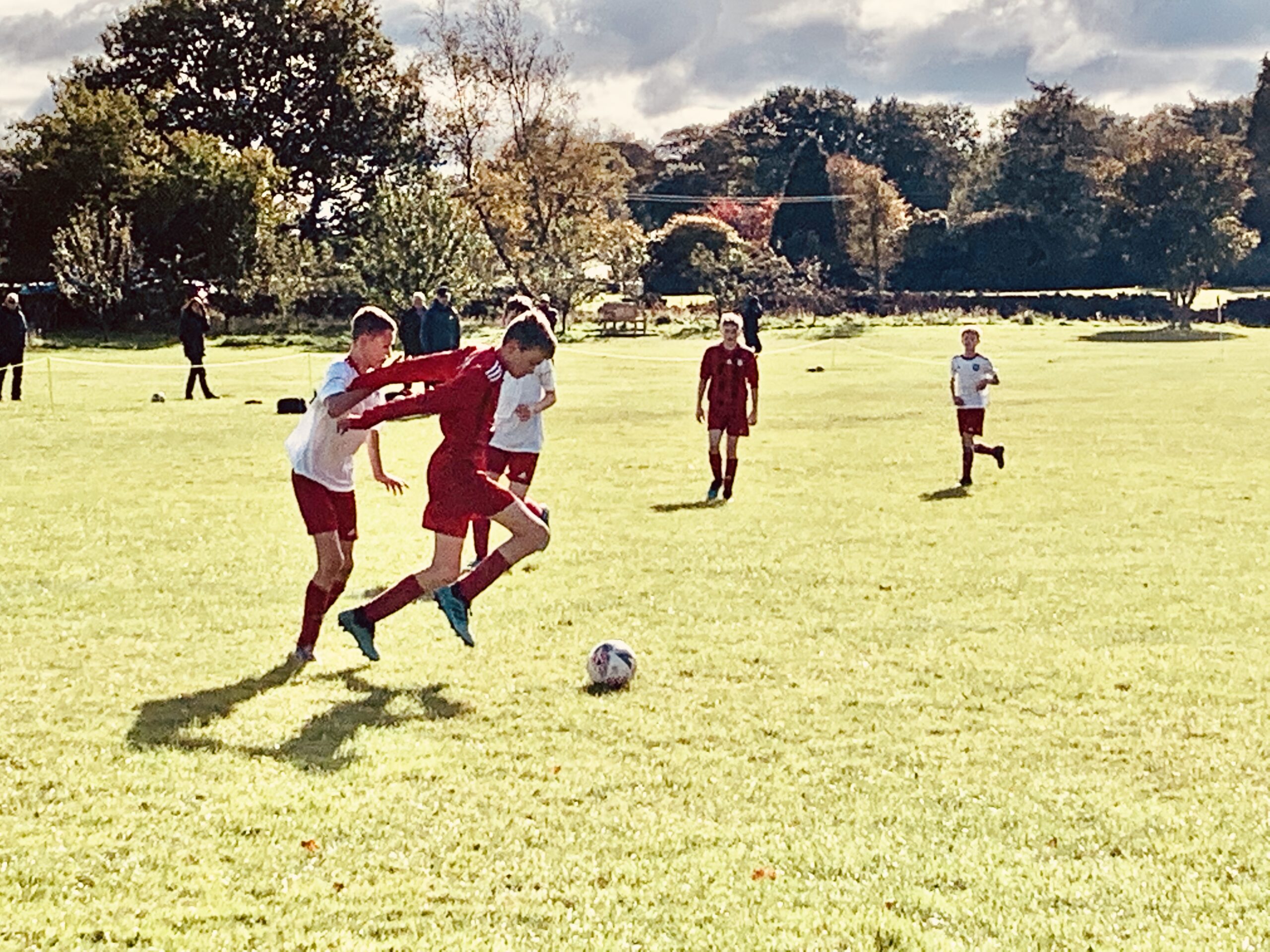 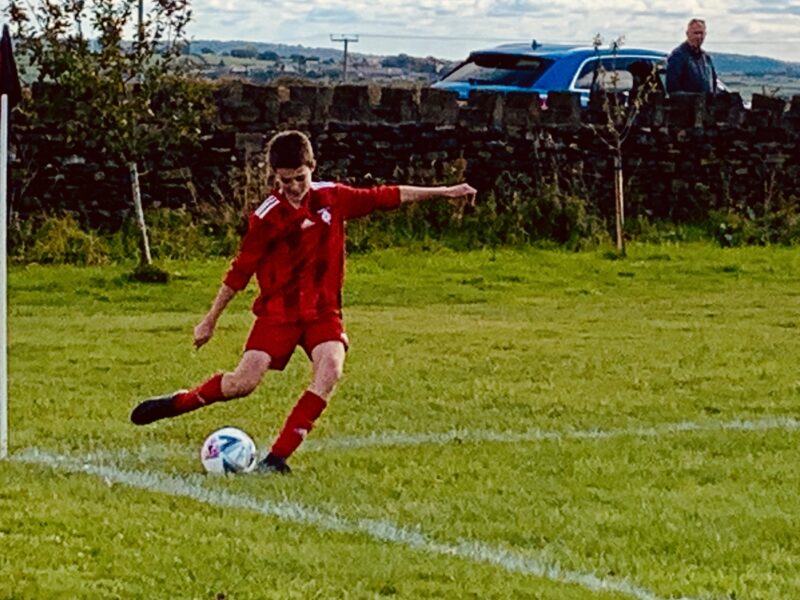 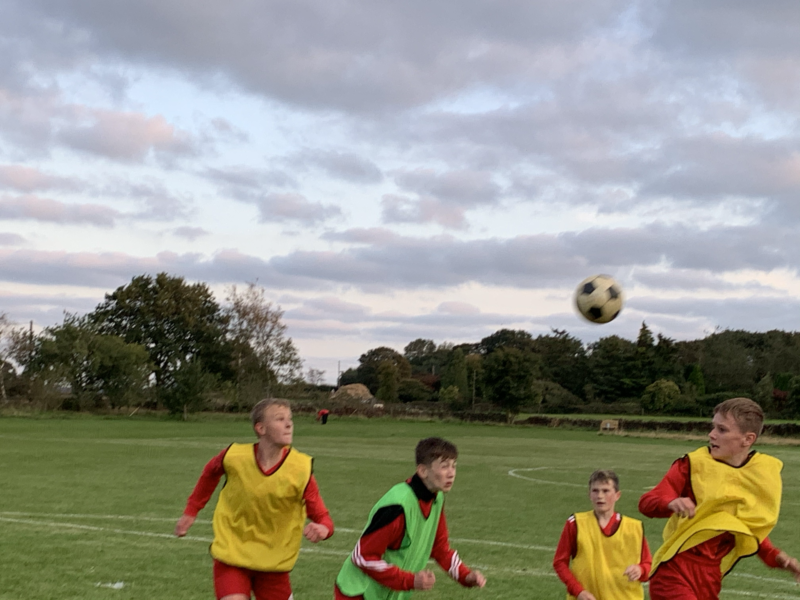 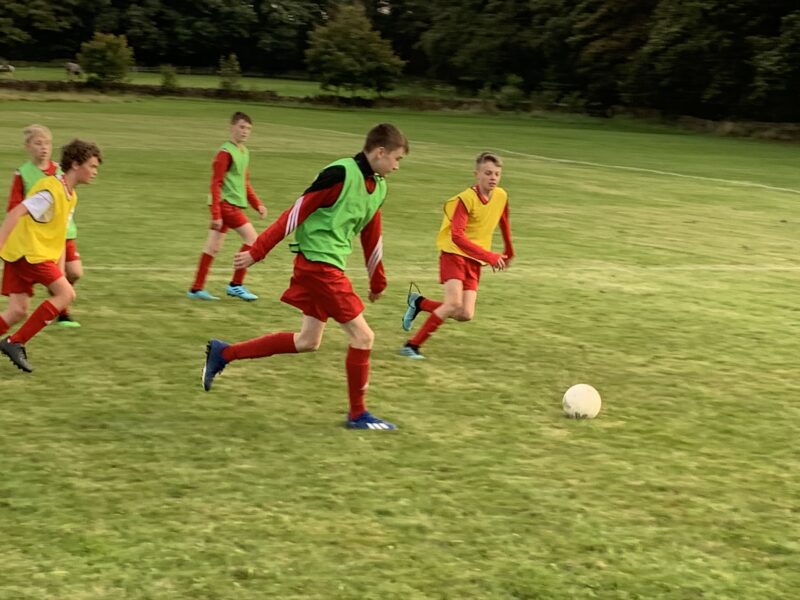 Two COVID ravaged seasons couldn’t stop our U14s reaching the summit of The Huddersfield Junior League as they secured top spot in Division one.

Resumption of the season saw a seven team mini league take shape with Town remaining the only unbeaten side with four wins and two draws.

All credit to Steve and his squad who have had to negotiate players leaving, new players arriving, injuries, illness,in-climate weather at the most inconvenient times and all within the boundaries of an unprecedented Pandemic which has seen lockdowns and start ups in equal measure.

Taking over a newly promoted squad two seasons ago, nobody could have predicted the turbulent two seasons that lay ahead. Ian joined the club as assistant coach in 2019  as Town sought to establish themselves in the top flight.

Town welcomed Eben back after his release from Sheffield Wednesday also adding Jaxon from Honley. Max, Leo, Toby, Kayden and Tyler from Almondbury and towards the end of the season Jacob from Linthwaite. Players leaving included Finlay M and Finley L, Joe, Keon, Archie B, the lads finishing the season strong after a difficult start with seven wins one draw and four losses to climb to a creditable fourth place finish in the League.

The side also reached the third round of the County Cup and the quarter final of the FA Cup before Covid put an early end to the Season.

20/21 Season welcomed new players Luis, from Linthwaite, Sam B and Big Fin from Laundhill, Kain from Lindley and Lance from Ossett. Sam W, Eben, Roddy, Tyler, Jake and Kayden heading out to pastures new. Gary joined the coaching staff as Ian stepped down and as with the previous season Town had a tough start losing to White Rose and Northowram but beating Ossett,Honley and Kirkburton before Covid again struck resulting in the League being disbanded.

The boys continued to train at home, getting together when the rules allowed as outdoor sports were fed a lifeline in early April, and due to an awful lot of hard work and commitment the boys came back strong, playing a succession of tough friendlies often against older opponents to launch their mini League campaign to glorious effect.

All credit to the coaches and parents that kept the squad going and demonstrating that the hard work not just physically but mentally is justified by the results.

Steve managing to put on a remarkable 32 games during this past season to keep up the Holmfirth Town tradition of two sessions a week plus games during tough times.